I do declare, I don’t deal with terrible two’s or even three’s. I deal with TERRIBLE Four’s!!! Delbert is my “Mommas Boy” and has had me wrapped around his finger since long before he was born. However, I have never backed down on disciplining him. However, now he’s reached the stage of pushing every boundary possible!! He has been trying me everyday for the past two weeks now. He is also a sweetheart all at the same time. How can a boy misbehave terribly and have you steaming mad as fire and have you so utterly full of love and Laughter seconds later?????

What makes it worse, is Jimmy is retrying the boundaries as well. I guess they think that since there is now three kids verses one of me that I’m going to back down from being the strict enforcer I’ve always been with them. They are learning that I will find the energy and the strength to continue to enforce what I say and mean. My in-laws have even started backing me up completely because they have started to see that my system works. I don’t physically hurt them, but they definitely lose a lot of their privileges. My in-laws don’t even want to keep the boys anymore unless they’ve been good during the week with me; which, unfortunately, is a punishment for me as well. However, that is the one thing that really makes the boys wake up!! I have some very strong willed kids, and I honestly hope they maintain it when they are teenagers and adults, but in the same token, they need to learn the value of following rules and respecting adults. I love them enough to enforce them daily at all times even if it is exhausting and tiresome to have to remind them constantly. I have to say I have pretty good boys overall especially when I see how other kids behave around us. However, they will test to see what the boundaries are with any adult, and that is truly something that bothers me a great deal.

The old saying that kids will behave better with other adults doesn’t seem to apply to my kids. It honestly makes me wonder what I’m doing wrong as a mother?? Boys are so different than girls. My first born, was definitely well behaved in any setting. She longed to be a people pleaser!! Zeva is showing signs of being the same way. Delbert is hipper active and a little motor mouth!! Jimmy is smart as a fiddle but loses focus quicker than a blink of an eye. I know these are signs of ADD, but that doesn’t mean I want to put them on medicine. I hate that idea because I seen first hand some major side effects to that type of treatment. I would much rather get my boys over the hurdle in another way. We went through it with Jimmy and now he just needs reminders to stay on task when he’s doing his school work or whatever project he’s working on. There are times when he becomes extremely hipper too, but so do other kids!!

We’ll see what happens. I lived through it before with Jimmy, and my first born. I’ll be going through it again with Zeva. I just hope that one day my kids will learn the concept of being good even when I’m not around. I don’t want them to lose their spirit and stubbornness completely because those are traits that they will need when they are adults. It’s so much easier training a spirited horse than it is to train a kid in our world!! 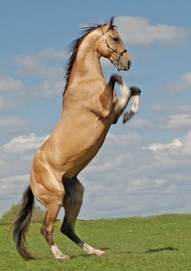