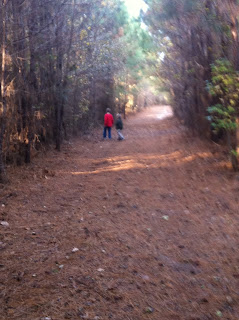 I had to get permission from my husband to post this blog because it is quite a personal topic. However, the way I look at EVERY country family I know of has had at least ONE mouse in their house at one point or another. As far as I know, we only have ONE mouse in our house. (At least, it’s the only one I’ve seen in the house over and over.)

Last night at like 11:30pm, my darlin’ husband decided that this kitten that has literally come to our front door pawing at the door for her nightly meal that HE’S been giving her for the past month NEEDED to become an indoor cat. (NOT because of the mouse, he Never mentioned that idea.) Instead, he loved up on her like a little kid begging their parents to let them have a new found animal. Mind you, my husband does NOT show emotions often. So…you can guess what I did.

This morning while I was in the bathroom using the restroom, my boys were in the kitchen making a lot of racket, which isn’t overly uncommon for them, but what was uncommon was Jimmy’s amazement in his voice. So, I had to know what was going on. They proceeded to tell me that Delbert, our five year old caught the mouse that has made a home in our house.

He told me that he was going to bring it to me, but that it wouldn’t stop squirming. Which, I’m glad he didn’t decide to bring it to me because they don’t come in the bathroom when I’m in there it’s the golden rule. (Hence why it takes so long for me to come out of there, but now that Zeva’s here, she gets to join me so it’s not as much fun as it used to be.) My husband stated that I definitely would have been in a fix had they brought it to me while I was on the commode. I definitely would have had a “shit fit” over that one quite literally.

Now, here’s the real kicker…we had to go to our local Fred’s (where we do a lot of quick shopping on a REGULAR, did you hear me say REGULAR, bases.) As we were checking out with all of our brand new cat stuff (collar with a bell, cat litter, cat food (both can and dry), cat wormer, flea and tick treatments..the whole works) my 5 year old mouse catcher proceeds to tell the cashier that he caught a mouse in our house that morning. Of course, the cashier had to drag out the conversation. She laughed a good bit. I looked at it and said….Can you tell why we have a cat joining our family??

I was so utterly embarrassed. I wanted to bury my head underneath the cement parking space. I could not believe he blurted that out. This is a prime example of why I wish they would learn the concept of “what happens at home stays at home.” Yet, here I am telling you all about it too. Umm..that might explain why he’s an open book too, and I don’t stand a chance at being saved from future embarrassment.

What has your kids said/done that has embarrassed you lately??

We all have a story to share of how a kid embarrassed them. Kids are so open and carefree and have not mastered the art of choosing their words carefully yet. Of course, some say I still haven’t mastered that trait yet myself either. But those who know me well know that I’ll tell it like it is and straightforward.