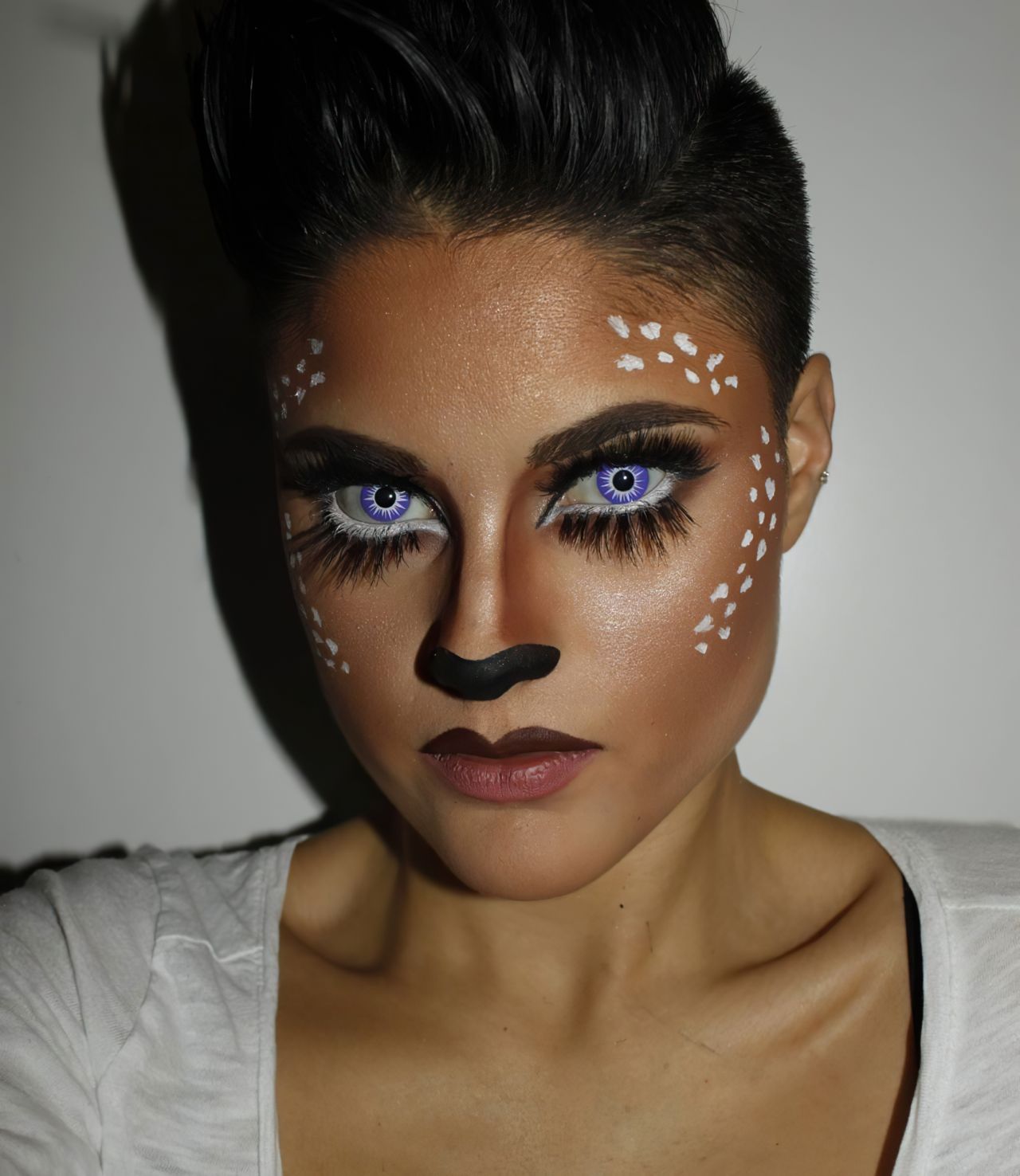 Full disclosure: I was given these CamoEyes contact lenses to review back in October prior to Halloween. Del had planned on wearing them himself because he totally utterly loves the idea of being able to change the way his eyes look and possibly freaking others out. He planned on wearing them to his old job, but unfortunately, he couldn’t get them on because his eyes would not work with him. Then he got slammed with many long hours and no days off LITERALLY.

Then we all got sick for many weeks on end. Well, he tried AGAIN to put them on for several attempts, and he couldn’t do it. (If you’ve ever tried to put contacts on for the first time, it’s definitely not an easy task to do!) Since I have issues with putting contacts in my own eyes, I knew I couldn’t help him do it without cringing myself.

So, I finally recruited my father-in-law to try them on figuring he wouldn’t like them, but would do it for me to help me out knowing how important the blogging stuff is to me. I did not want to show a full picture of him out of respect for his privacy. However, you can see just how cool these contacts are.

Low and behold, he asked if he could keep the contacts since he was the only one who could get them on and off. He LOVED having them on. Of course, with his fascination with snakes, it’s only fitting that he would enjoy looking like he has some alien snake eyes (at least that’s what I think of when I see them!)

I asked him why he would like them considering he’s from an completely older generation than I am, and his exact response was…”I want to see how freaked out people will get by seeing me wear them.” He stated they would be perfect to use at Halloween time (which was when we originally planned on using them.) He loves how soft they are.

Now, I realize we are now working our way very quickly to Christmas, but these would absolutely make the perfect gift for that person who loves to get dressed up at Halloween. Or even someone who just enjoys playing pranks on others to see their reactions. They also have various colored contacts that will just make your eyes look totally utterly amazing.

Shoot if I could get contacts in my eyes, I’d personally love these too! I would definitely love to try on their light blue contacts. What I like about these contacts is the AVERAGE wear of these contacts is 90 days, which is pretty remarkable.

You can get these contacts for roughly 24.99 a pair with free shipping. If you want to try your hand at winning a pair of contacts you can sign up to be notified of when they are hosting another giveaway.

Do you have someone on your list who would love to have these?

You Only Get One…