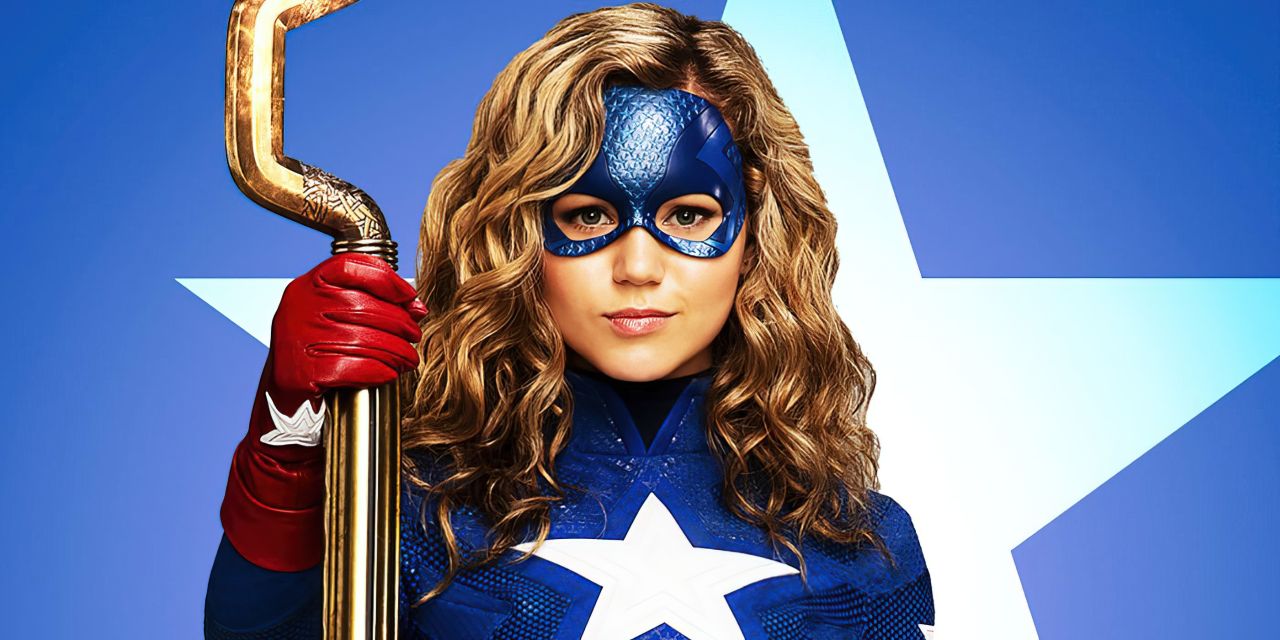 One of the most memorable things about superheroes is the way they dress. Superheros express their personality and beliefs in their costumes, whether it is capes and tights or a bullet-proof black bat suit. The same goes for Stargirl and her red, white and blue suit. Stargirl’s executive producer Geoff Johns and costume designer Laura Jean Shannon chose to go with a traditional approach to the costume.

Stargirl’s top consists of a blue and white high-necked halter top with long sleeves, a white star on her chest, and three white stars on each sleeve. Her pants are actually tight shorts in blue with white trim.

She also wears a red belt and red gloves that cover the ends of her sleeves and that have stars on them. The belt looks like it might eventually become a utility belt, but there is no use or mention of it in the show. Unlike her predecessor, she wears a blue mask that covers her forehead and loops around her eyes, presumably to keep her identity secret.

Her shoes are athletic high-top sneaker-style footwear. These are some of the more practical pieces of footwear in the DC Universe. They are dark blue, with red and white trim and red laces.

The Story Behind the Suit

In the second episode, S.T.R.I.P.E, Stargirl crafts her own super suit. She uses Starman’s suit as a basis and modifies it to suit her frame and needs. This is where she adds the mask to hide her identity, something that she does with a bandana in the first episode.

Although Starman’s suit looks much different, Stargirl’s version is a reasonable approximation. The show explains the inconsistency by showing her modifying the suit.

How the Suit Functions

Stargirl’s costume isn’t just for looks. Although the suit doesn’t seem to have any special abilities on its own, it certainly does allow Stargirl full range of motion. Unlike many other superheroes, Stargirl’s suit doesn’t make an appearance in every episode. There are three occasions in the first season where she uses her abilities without wearing the suit. The episodes are the pilot, Brainwave, and Shining Knight.

No attempt is made to explain how she gets into or out of the suit when she needs a quick costume change.

No superhero’s wardrobe would be complete without a weapon. In Stargirl’s case, this is the cosmic staff. The staff in the show is almost sentient and seems to talk to Stargirl when she needs to communicate what she wants. It is a large, gold, glowing staff with what looks like some form of crystal on the top. The staff is another item taken from Starman’s original costume.

Although not unique, Stargirl’s costume is definitely more functional than many other superheroes. Since she is a gymnast, this is a good thing. She uses it as an expression in her fight against evil, and it is generally agreed that it works for her.