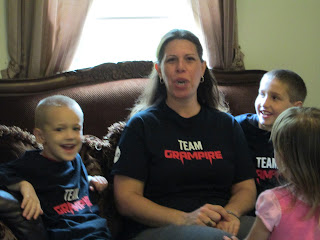 We were given the chance to review the Haunting Hour series through MommyParties as part of a promotional program with MomSelect. All of the opinions made are my own.

We also got nice Vampire teeth (that were to big for the kids, but just right for us adults to attack the kids with.) 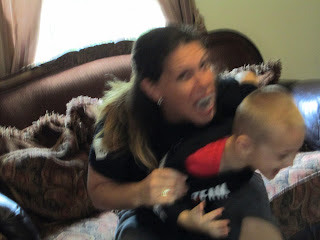 We also got glow in the dark wrist bands for the kids which they have enjoyed playing with since the party (which was yesterday.) We also got the series to watch. 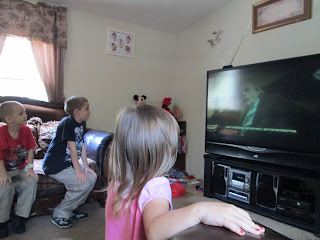 Some of the kids there got involved in it. While other kids ran for the hills from fear of what was going on in the show. So, it’s really a matter of what your kids enjoy watching. If they get scared easily or have issues with nightmares, then I would not recommend this series for them. However, for kids who enjoy watching a show that has a bit of thrill to it, but not much then this is perfect for them. 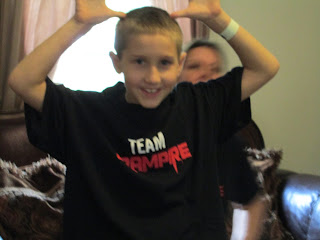 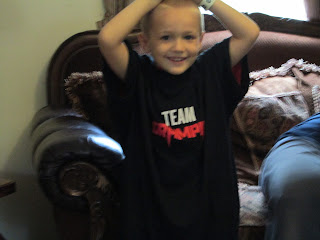 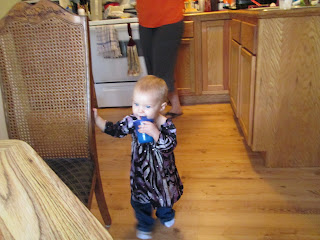 It made for a fun afternoon. It is perfect for Halloween.
Some additional information provided for your review:
﻿
http://youtu.be/Zz_bPdndc9M
R.L. Stine (“Goosebumps”), the master of kids’ spooky storytelling is back for a third season of “R.L. Stine’s The Haunting Hour: The Series” with all-new tales of suspense that invariably evoke chills, thrills and scares!  The half-hour anthology series aimed at kids and teens premieres with the special two-part episode “Grampires” featuring popular actor Christopher Lloyd (Back to the Future, “Taxi”).
“Grampires” follows Mike and his sister Cristen as they pay a surprise visit to their grandfather (Lloyd) in his creepy new Sunset Estates retirement community, only to discover that something is not quite right with Grandpa and his nocturnal neighbors, and eventually leading to a showdown at the bingo hall with an entire community of vampires.
America’s leading Halloween retailer, Party City, will present the two-part season premiere as well as an all-new episode airing the following week.  The Hub and Party City will be counting down to Halloween with spooky costume tips for kids of all ages in a customized, on-air vignette that leads up to the holiday.
“Grampires” star Christopher Lloyd is not the only familiar face stopping by “R.L. Stine’s The Haunting Hour: The Series” this October.  Upcoming episodes “The Cast” (October 20) and “The Weeping Woman” (October 27) feature actors Robert Capron (Diary of a Wimpy Kid) and Rico Rodriguez (“Modern Family”) respectively.
·         “R.L. Stine’s The Haunting Hour: The Series” — “The Cast” (New episode: Saturday, October 20 (6 p.m ET).; encore presentation: Saturday, October 27, 6:30 p.m. ET). Desperate to be cool, Lex (Robert Capron, Diary of Wimpy Kid) pulls a prank on the neighborhood cat lady, getting caught and breaking his arm in the process. To save himself, he rats out his friends and soon it’s more than guilt that’s gnawing at him.
·         “R.L. Stine’s The Haunting Hour: The Series” — “The Weeping Woman” (New episode: Saturday, October 27 (6 p.m. ET); encore presentation: Saturday, November 3, 6:30 p.m. ET). Rico Rodriguez (“Modern Family”) stars as a boy who learns the scary folk tale of the child-stealing river witch, “La Llorona.” He soon comes face to face with the terrifying creature and must defeat her in order to save his friends.
You can gain more information from on their website.