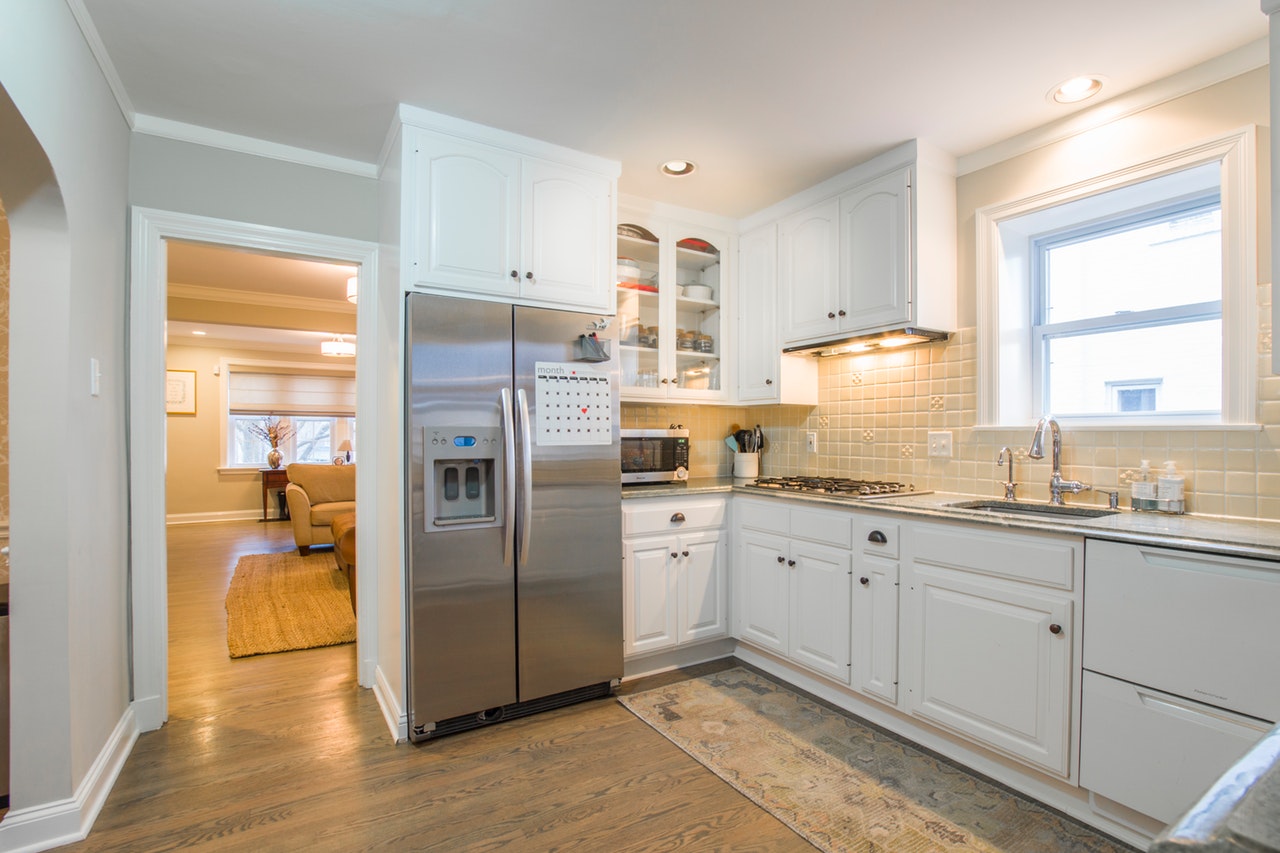 If you’re a DIY enthusiast, then you might be continually looking for parts of your home to improve. Coming up with ideas could be more complicated than you’d assume, however. You could have certain areas or rooms that you want to change but not know what to do with them.

Thankfully, you have quite a few different home improvements that you could try. If you’re looking for something that doesn’t take too much time or effort, then some will stand out much more than others.

Few people think of their shelves when it comes to home improvement ideas. They’re worth a consideration, however. Typically, these will be large and relatively bulky, which results in less available floor space in a room. That’s something you’d want to avoid.

There are multiple shelving options that take up relatively little space. Having ones that you can install on the wall could be an attractive approach. A wall mounted clothes rail could also be an option here. The key is to cut down on the amount of space any storage takes up without reducing the storage space itself.

Thankfully, that should be quite easy to do. There are multiple styles for you to choose from, so they should look well in any room.

Crown molding mightn’t be the first thing that comes to mind with home improvements. When it comes to low-effort, high-impact options, it could be one of the more attractive options. That’s primarily because it can add a lot of charm to a room.

You might assume that this would take a lot of time and effort to install. With many modern options, however, that shouldn’t be an issue. It should be much easier and take less time than it previously used to.

Getting A Kitchen Backsplash

Many people forget about a kitchen backsplash. However, it could be a low-effort way to improve your kitchen’s aesthetic. These are typically made of tiles and can be put up quite easily. If you’ve got a steady hand and can keep the tiles straight, you shouldn’t have any issues putting them up.

Some people aren’t big fans of tiles, though. If you’re not, you still have a few options. A single sheet of a particular material could be enough to add to the room itself. This approach shouldn’t require too much effort; you’ll simply need to cut the fabric to the right size and adhere it to the kitchen wall.

Going with a bold or intricate design could be the recommended approach. That’ll add a bit of color to your kitchen without overwhelming the room.

There are countless DIY home improvements that you could try. Each will have a different impact on your house and will need various degrees of effort. Once you’ve done so, however, they’ll have a much larger impact on how a room looks.

While each will be relatively time-consuming to do, they shouldn’t need a lot of skills or tools. Any DIY enthusiast should be able to do with relative ease.

8 Questions to Ask Before Taking Out a Loan