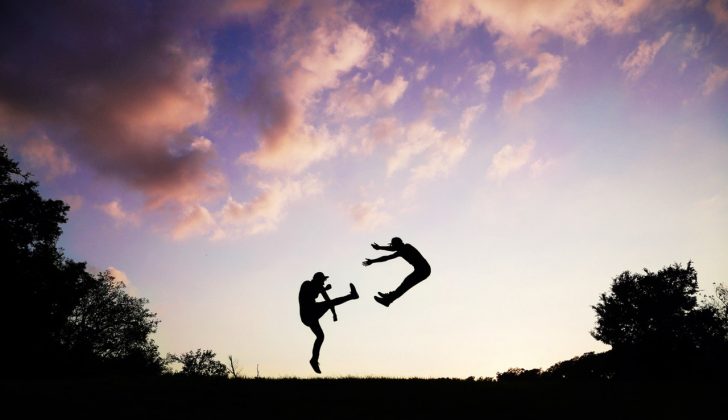 How Can Self Defense Help Your Child?

The casual thing to do for parents is to focus on their child’s learning, their ability to socialize and articulate their speech. We know these are the standard things that every parent must foster in their child so they can be great members of society. However, we do often forget that we won’t be able to protect them forever. We can’t be with them for the majority of the day and someday they will need to stand up for themselves. The world can be a daunting place and some of its challenges don’t come in the form we would hope for. Sometimes it does come down to the physical element, and we as parents would hope even more that our children are able to protect themselves if need be right? Well that’s where the important benefits of self-defense comes in.

From can’t to can

One of the biggest rewards for learning martial arts is the giant boost of confidence you get. When you feel that you’re weaker than the other kids and perhaps you’re afraid of standing up to bullies, self-defense can really help your child believe in themselves. When they are able to articulate their strength in the form of controlled but aggressive actions, this can make kids feel proud of themselves. No one likes to be intimate and feel helpless, and learning that you can do something instead of residing to can’t, is great for morale.

Don’t be the bully

Another thing that children will learn from their martial arts teachers will be respect. Children will learn how difficult it really is to know how to defend yourself and keep calm in a fight. This means that children are far more likely to not be the bully in the class. In fact they’re more likely to do something about stopping the bully instead. It’s not to say that your kids will now begin looking for a fight, that’s over blowing it. But your kids will respect other people more and be aware of what other people might be capable of too.

The great thing about martial arts is that even though you can learn a style, how you use it is up to you. For example, look at one of the Brazilian Jiu-Jitsu gyms and you’ll know what this means. Children will learn how to use certain grappling techniques but through their competitive environment where the kids practice safely on each other, they can let out their creative side. Sometimes it’s like solving a puzzle to get a hook or a hold going. It lets children be inspired and think outside the box while also learning how to defend themselves.

You can stand and punch of kick for long if you’re unhealthy. So children will begin to become more healthy so they can partake in the classes and do certain techniques. It’s an important side effect that gets overlooked too often.

Self-defense can help your children in so many ways. They will get a burst of confidence from learning techniques that can help them to be safer around people who may wish them harm. However they also learn to be more respectful of others and not throw their weight around.

What do you think?